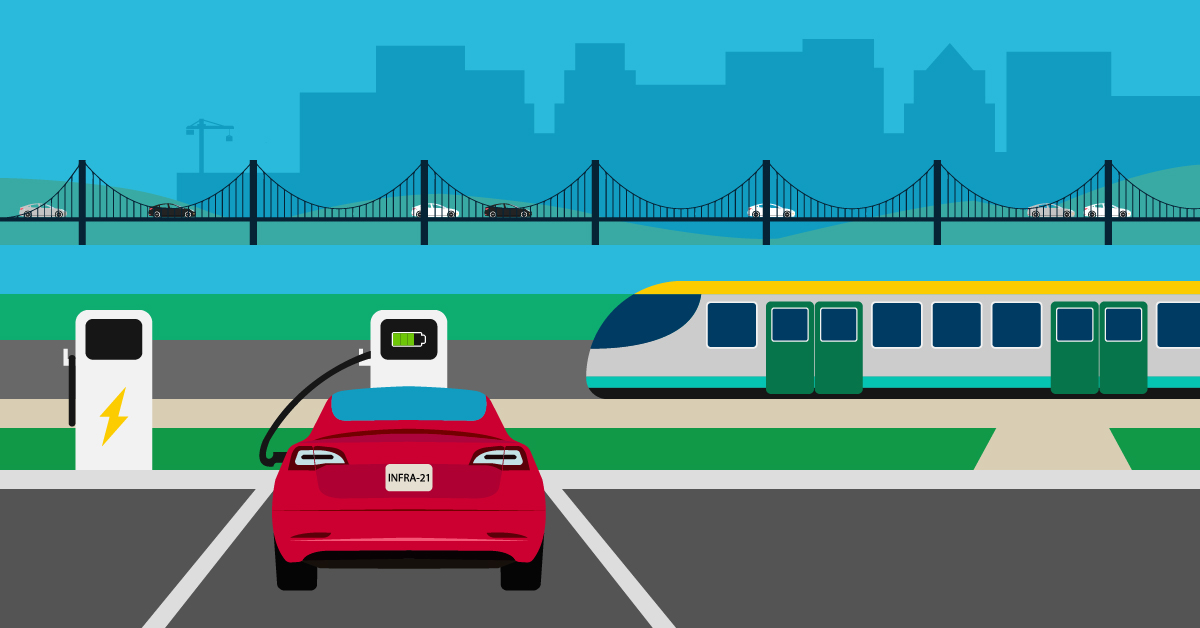 U.S. minerals will make or break President Biden’s infrastructure plan. There is no question that we need both the proposed upgrades to our nation’s roads, bridges, transmission systems, and more, and the jobs those projects will create. But modernizing our country’s aging infrastructure requires bold investment. It also requires access to American-sourced minerals needed for each wire, bolt, circuit and beam. Streamlining domestic mining policy can ensure a stable, responsible minerals supply chain and support thousands of new, high-paying jobs.

A lot. The $2.3 trillion proposal announced in March 2021, also known as The American Jobs Plan, includes funding for desperately needed upgrades to our nation’s physical infrastructure as well as investments in the coming electric vehicle future, an expansion of research and development efforts and incentives to reshore manufacturing.

Which minerals will be needed for the administration’s infrastructure plan?

American minerals will play a crucial role in making infrastructure improvements a reality. For example, the infrastructure plan will require the following raw materials and minerals:

Simply put, we need access to minerals now to make the American Jobs Plan a reality. And they should come from U.S. mines with world-leading environmental and safety standards and with the help of American workers.

Why does the U.S. need to improve mining regulations for the America Jobs Plan?

If the President’s proposal were to become law without including decisive action to improve America’s mineral supply chain, many elements in the plan will be difficult to execute. Why? Unable to meet the exponential rise in demand for minerals domestically, the U.S. would expand its overreliance on imports, many from geopolitical rivals or unstable nations, to supply these critical materials.

According to the U.S. Geological Survey (USGS), the United States’ mineral import reliance has doubled over the past two decades, with the U.S. now importing 100 percent of 17 key minerals and more than 50 percent for an additional 29 key mineral commodities. This reliance exists despite the fact that the U.S. has abundant domestic mineral resources.

U.S. Minerals are the Lynchpin for the American Jobs Plan

Effectively committing to any nationwide infrastructure plan must include improving the nation’s mining process. Our country has the vast resources to supply these minerals. Yet, U.S. mines produced approximately $86.3 billion in minerals in 2019, a fraction of the $6.2 trillion worth of minerals and metals that could be mined.

In order to access American minerals, we need to make regulatory improvements that make domestic mining more economically viable. Overreliance on other countries for mineral resources leaves us unnecessarily vulnerable when we should be rebuilding secure, reliable and responsible supply chains here at home. If we fail to rejuvenate U.S. mineral policy, our nation’s infrastructure, left without the raw materials it needs to modernize, could be just a pipe dream.

infrastructure | minerals
In its inaugural Sustainability Roadmap, @Perpetua_Idaho outlined their ESG progress and vision for… twitter.com/i/web/status/1…