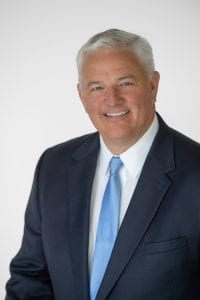 The NMA is the only national trade organization that serves as the nonpartisan voice of the U.S. mining industry – and the hundreds of thousands of American workers it employs – before members of Congress of all parties, the federal agencies, the judiciary and the media, advocating for public policies that will help America fully and responsibly utilize its vast natural resources. NMA member companies represent a diverse range of companies, from resource explorers, developers and producers to equipment manufacturers – and the service providers who support them all. As president and CEO, he directs the association’s public policy efforts before Congress, regulatory agencies and the White House, and sets the association’s strategic agenda for media relations, grassroots communications and political involvement.

He is a frequent contributor and commentator on cable news and is featured in print and online outlets across the country.

With more than 20 years of experience advocating on many natural resources sector issues, Mr. Nolan most recently served the NMA for 13 years as Senior Vice President of Government and Political Affairs. His three decades in government affairs and political advocacy have spanned a number of industries including mining, forestry, paper, chemicals and agriculture. His career began on Capitol Hill, where he served as an aide to several members of Congress and worked as an advisor on multiple campaign committees. After his time on the Hill, he held leadership roles at associations and firms focusing on natural resources and environmental issues, including the American Forest & Paper Association, CropLife America and the U.S. Chamber of Commerce, among others.

Mr. Nolan is a member of the Board of the U.S. Energy Association.