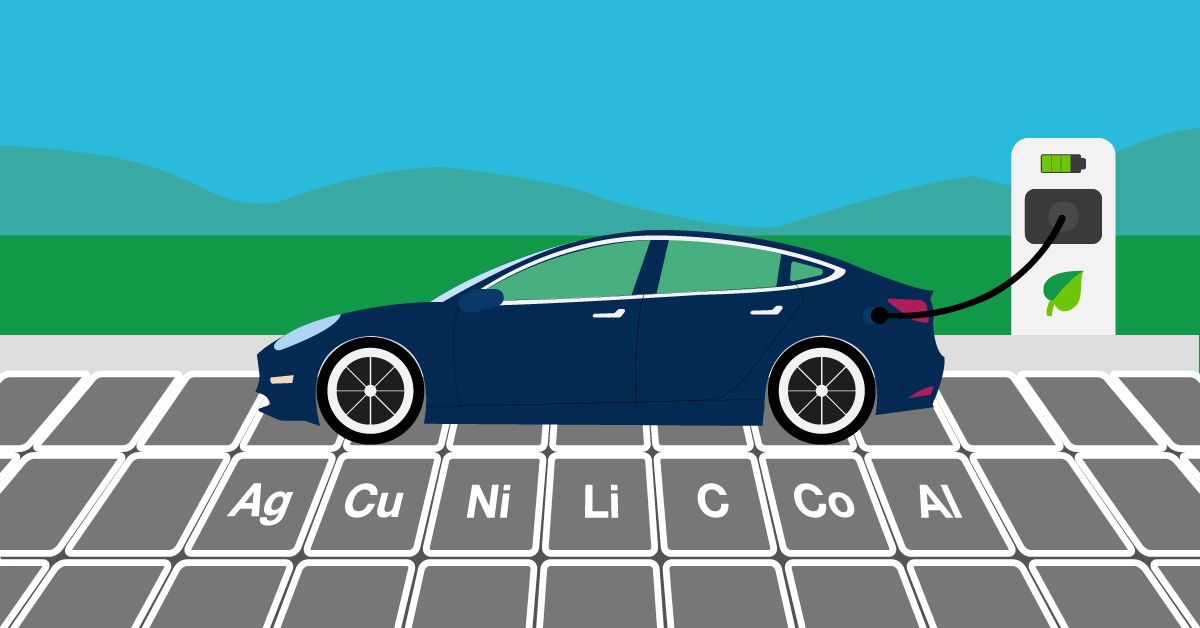 Politicians and automakers are all-in on the future of electric vehicles (EVs), driving historic change in an industry that has branded itself as an innovator since the days of Henry Ford’s first assembly line.

The pivot to EVs is becoming a stampede. Ramped up production means huge changes for car design, manufacturing and increased demand for minerals. The question now becomes, who will win the EV race?

Where we stand today, the U.S. isn’t ready for this revolution. While America has many of the minerals needed to supply the EV boom, cumbersome and duplicative mine permitting processes stand in the way of ramping up domestic production. We must better incentivize U.S. mining and embrace it as a critical piece of our transportation future. Absent smart policy changes, the U.S. will continue to rely on rivals like China and Russia for the essential metals needed to support EV production.

Fortunately, just last month, President Biden showed that he understands the status quo won’t get us where we need to be. On Feb. 24, he issued the Executive Order on America’s Supply Chains containing directives specific to our domestic minerals supply chains. The executive order recognizes the key role that minerals play in securing the availability of critical and essential goods and materials. It included the following:

Indeed, we can build back our American mineral supply chain to create jobs, boost the economy and, importantly, contribute to the electrified future.

EVs are the future of transportation as automakers are working to make serious changes to reduce emissions. In the United States alone, transportation makes up approximately 28% of annual greenhouse gas emissions (GHG), making it the largest emitting sector.

A recent BloombergNEF report notes that EVs will account for 10% of global passenger vehicle sales in 2025. The report also states that EVs will make up 8% of all cars on the road in 2030 but that number is expected to sharply increase to 31% by 2040.

As the world’s current lead EV producer, Tesla’s market value continues to surpass traditional automakers, recently crossing the $800 billion threshold. Others are taking note and quickly following suit. In January 2021, General Motors announced that it will pivot from gas-powered vehicles to EVs by 2035 and will invest $27 billion in EVs and associated products between 2020 and 2025. Ford recently committed $29 billion to electric and autonomous vehicles through 2025. It’s safe to say we are at a significant turning point in capital investment for the EV market in the U.S.

What Minerals Are Needed for EVs?

With the growing capital investments in EVs, also comes a significant turning point for the minerals market that makes EVs possible. The minerals used to manufacture EVs include silver, copper, nickel, lithium, graphite, aluminum and more. Compared to traditional combustion engines, battery-powered EVs require far higher amounts of all of these minerals and metals.

For example, silver is used both in the manufacture of EVs and in EV charging stations because of its excellent oxide resistance and durability under harsh operating environments. According to the Silver Institute, silver is often used in control units that manage functions like infotainment systems, navigation systems, electric power steering and safety features such as airbag deployment systems, automatic braking, security and driver alertness systems. Silver is used at higher rates in EVs, at 25 to 50 grams of silver per vehicle, compared to 15 to 28 grams for traditional cars.

Are There Enough Minerals for the EV Future?

Currently, there are not enough minerals in global supply chains to meet EV manufacturing needs. Companies like Tesla expect a global shortage of nickel, copper and other minerals used in EV batteries and are urging miners to produce more. The European Union projects European demand for lithium to increase 60-fold by 2050. Mineral supplies must grow exponentially to meet this rising demand. In addition to EV production, EV charging ports are projected to increase to 32.5 million by 2030. This will require a significant investment in charging infrastructure, again requiring a robust mineral supply chain.

Where Does the U.S. Get Minerals for EVs?

According to a U.S. Geological Survey report, the United States is now completely import-reliant for 17 minerals and more than 50% import-reliant for 29 other minerals. Why? The U.S. has unnecessarily long mining permitting processes that can take up to 10 years, while permitting in nations with similarly high environmental standards permit mines like Australia and Canada can move much quicker, in around two to three years. The U.S. has trillions in mineral reserves that we cannot access at the pace that our supply chain needs require.

Our failure to build the critical supply chains needed for this industrial revolution has already allowed rivals to get a significant head start on building the EV industries of tomorrow. When it comes to battery production, China is lapping the United States. Out of the world’s 142 EV battery megafactories, 107 will call China home, with 53 already active and in production. Only nine battery megafactories are in the pipeline for the U.S. The status quo will only continue to imperil our supply chains, hamper our economy, and prohibit growth in both supply and adoption of electric cars in the U.S.

As we harness the economic opportunities of an EV future and aim to reshore critical industries as part of the effort to build back better, we must make the development of a world-class mineral supply chain a priority.

The U.S. took a positive step in this direction when the U.S. Dept. of Energy recently launched the Division of Minerals Sustainability. But if we want to seriously compete in the global EV market, the U.S. must give mining and the mineral supply chain the attention they deserve. We have the tools to win this race, but only if we make smart policy decisions today to help U.S. manufacturing better compete in the future.