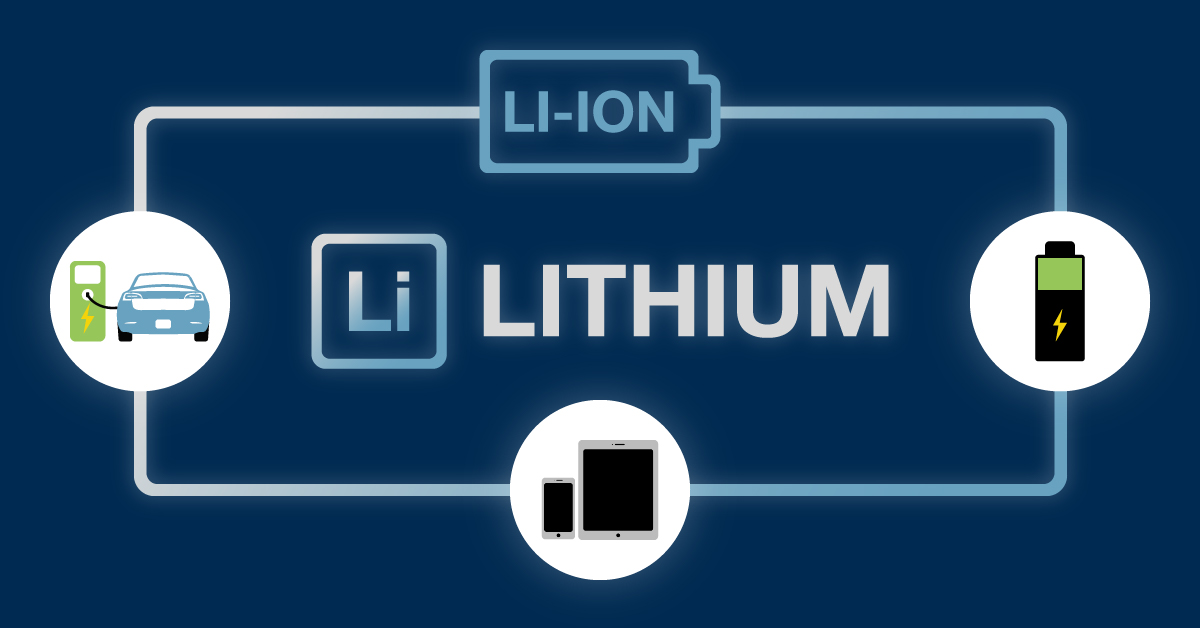 The world is on the cusp of an energy transformation. As countries position themselves to achieve emissions-reduction goals, the United States has an opportunity to take center stage in the era of electric vehicles, advanced energy sources and major innovation. Within that opportunity, however, we must acknowledge that we’re late to the game. For decades, China has employed a variety of tactics to exercise increasing control over the world’s minerals and battery supply chains, and countries like Australia and Canada have clearly prioritized and articulated domestic critical minerals strategies. The U.S. cannot afford to sit on the sidelines.

We need a streamlined process to mine domestically-sourced raw materials, like lithium, essential for production of lithium-ion batteries, that will play a huge part in our energy and transportation future. We have the resources here at home to meet soaring mineral demand and underpin our effort to win the race ahead. But catching up, much less winning, requires us to address regulatory obstacles and strengthen the full spectrum of the domestic lithium supply chain.

How Quickly is Lithium Demand Growing?

The market for electric vehicles (EV), and thus lithium, is projected to grow astronomically in the next two decades. By 2040, lithium demand could grow by more than 40 times what it is today. BloombergNEF reported that EVs will make up 8 percent of all cars on the road in 2030, with that number expected to sharply increase to 31 percent by 2040. Looking at plans of key market leaders like General Motors, Ford and Tesla, those estimates could even be low. Lithium-ion batteries are an expensive and critical component of EV manufacturing, making up an average of about 30 percent of the total cost to consumers. Each EV contains about 22 pounds of lithium.

How Much Can the U.S. Contribute to Lithium Supply?

The United States is currently home to just one large-scale producing lithium mine, Silver Peak in Nevada. The mine produces 5,000 tons of lithium a year, less than 2 percent of the world’s annual supply. This is not for a lack of resources—the U.S. has an estimated 7.9 million tons of lithium resources within our borders. Outside of Nevada, producers have proposed lithium production or extraction sites in Arkansas, California, Oregon, Tennessee, North Carolina and North Dakota. In fact, California has unconventional deposits that could produce enough of the mineral to meet 40 percent of global demand. But without a focus on ramping up domestic production and tackling regulatory barriers, America is falling behind. Right now, a majority of the global lithium production comes from China, Australia, Argentina and Chile. Lithium processing is a significant challenge as well, with China possessing nearly 60 percent of global capacity.

Where Are Lithium-ion Batteries Produced?

China’s dominance of the battery material supply chain means it’s now dominating the production of batteries. China has 148 battery mega factories currently planned or are already producing. In comparison, the United States only has 11 in the pipeline. In the race to capture the EV future, the U.S. has been asleep at the wheel. Catching up must begin with building a domestic battery supply chain from the ground up, which includes standing up processing capabilities, advancing battery metal recycling efforts and moving with urgency to ramp up domestic mining.

America Could Lead with Lithium Mining

A secure, responsible supply of minerals is essential to deploying advanced energy technologies at the scale and speed needed to meet the global emissions challenge. Increasing responsible production of lithium is at the very center of that effort. In the U.S., concern over lithium supply is only magnified by the Biden administration’s infrastructure proposal, which includes substantial investment in electric vehicles and advanced energy technologies. America is uniquely positioned to lead in a thoughtful energy transition, but to compete on the world stage we must give domestic mining and material policy the focus they deserve.

Prioritizing domestic lithium production is a key piece of reshoring our industrial base, creating good jobs and building a secure, responsible supply chain to underpin our future.

lithium | technology
In its inaugural Sustainability Roadmap, @Perpetua_Idaho outlined their ESG progress and vision for… twitter.com/i/web/status/1…