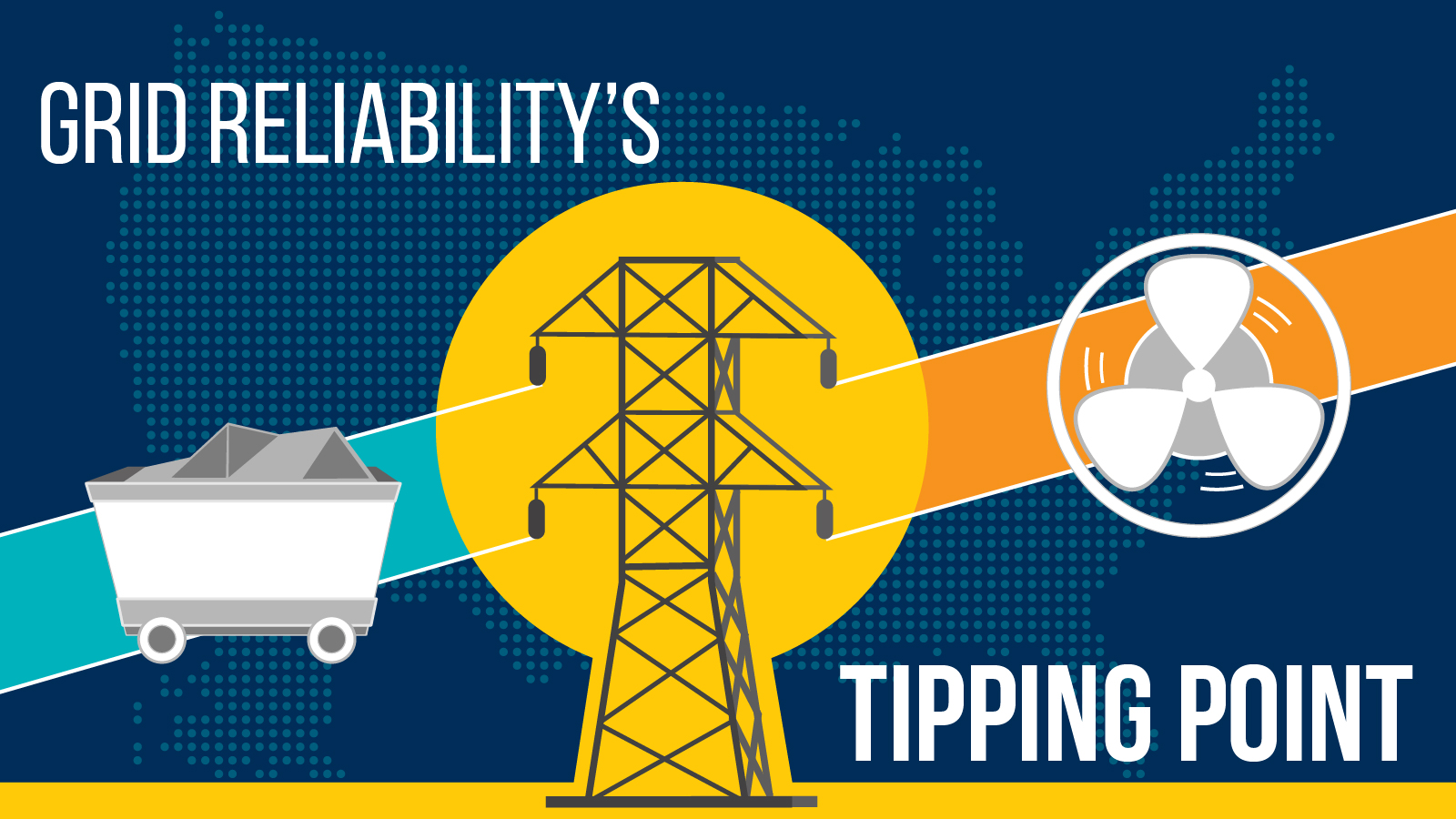 Refrigerated medicine spoiling. Manufacturing facilities shutting down. Financial transactions coming to a halt. A lack of air conditioning that pushes indoor temperatures to punishing levels. When we hear the term “blackout” we think of a period without lights. But the ramifications of no electricity in the digital era push well-beyond a lack of illumination.

In America — a nation with an abundance of homegrown energy sources — we are accustomed to always having access to electricity. While blackouts sometimes can seem like a nuisance, we forget that they can rapidly transition into a crisis. And despite advances in energy technology, the number of blackouts continues to rise each year. The U.S. had about eight times as many blackouts in 2020 than it did in 2000, and a staggering  two-thirds of the U.S. could experience blackouts this summer.

There’s also a multitude of ways that blackouts impact critical industries and affect American life. From small power glitches to full-on blackouts, power issues can cause serious disruptions, including damage to manufacturing equipment, spikes in supply chain issues and serious losses of perishable goods that we rely on every day. We can also see major issues with transportation control centers, medical facilities and even the military operations that keep us safe.

With skyrocketing natural gas prices and the intermittency of renewable energy an increasingly complex challenge to manage, on-demand, fuel-secure power from coal plants must continue to play a foundational role in our energy mix to ensure grid reliability, energy affordability and safety.

Concerns about the Power Grid

The arrival of summer heat and spiking power demand is generating much uneasiness across the country, and rightfully so. The Midcontinent Independent System Operator (MISO), which oversees the grid that covers 15 midwestern states, is sounding the alarm over insufficient firm resources to meet summer power demand.  There have been similar concerns voiced by the North American Electricity Reliability Corporation (NERC), the Electric Reliability Council of Texas (ERCOT), and the California ISO.

Grid operators are working to ensure reliability but doing so in a deeply compromised position. Jim Robb, NERC’s CEO, expressed just that concern when he said, “I know that operators and planners are working very, very hard to preserve reliability, but they’re continually asked to do so and manage your grid under more and more challenging conditions.” Those conditions he speaks of are a poorly managed energy transition that is seeing the loss of fuel-secure, on-demand sources of power far faster than they’re being reliably replaced.

Consider what’s happening in the Midwest. MISO reported in April that it’s preparing for worst-case scenarios. In the last five years, MISO actually increased its installed generating capacity by at least 4,200 MW, but the reliability of that grid is getting worse, not better. The heart of the issue is the 8,300 MW decline in its accredited capacity since 2017—namely on-demand coal plants. MISO is indicative of a problem beginning to plague much of the country: a staggering shortfall of reliable generating capacity that can be counted on to deliver when it’s needed most.

John Moura, director of reliability assessment and performance analysis at NERC, recently said of deteriorating grid reliability, “while we’ve initiated action on a number of fronts and sounded the alarm bells for many years, there’s clear, objective, conclusive data indicating that the pace of our great transformation is a bit out of sync with the underlying realities and the physics of the system.”

The Burden of Blackouts

As we brace for summer and peak power demand in markets across the country, let’s bear in mind that blackouts seriously debilitate America’s businesses and cost the U.S. economy about $150 billion annually. Manufacturers can lose as much as $6.45 million per hour during a power outage. Over the last few years, we’ve seen business owners scramble for survival when harsh weather or planned power outages plunge millions of people into darkness.  It’s alarming to know this is a problem poised to get far, far worse before it gets better.

American energy policy is at a crossroads. Driven by soaring natural gas prices, the Federal Energy Regulatory Commission has warned that electricity prices in some markets this summer will jump as much 233% over where they were last year. American consumers are going to be paying far, far more for a far less reliable grid. As bills go up and the lights flicker or fail, how much longer will voters allow inaction on grid reliability to persist? There’s a responsible approach to navigating the energy transition – one that embraces the value and reliability of the nation’s existing coal fleet and recognizes the complexity and challenges of ever-greater reliance on intermittent generation – but we’ve yet to find it. Will a crisis this summer finally force us into action?

coal | reliability
Graphite shortages could mean bumps in the road for automakers and consumers seeking an EV tax credit. Read about t… twitter.com/i/web/status/1…