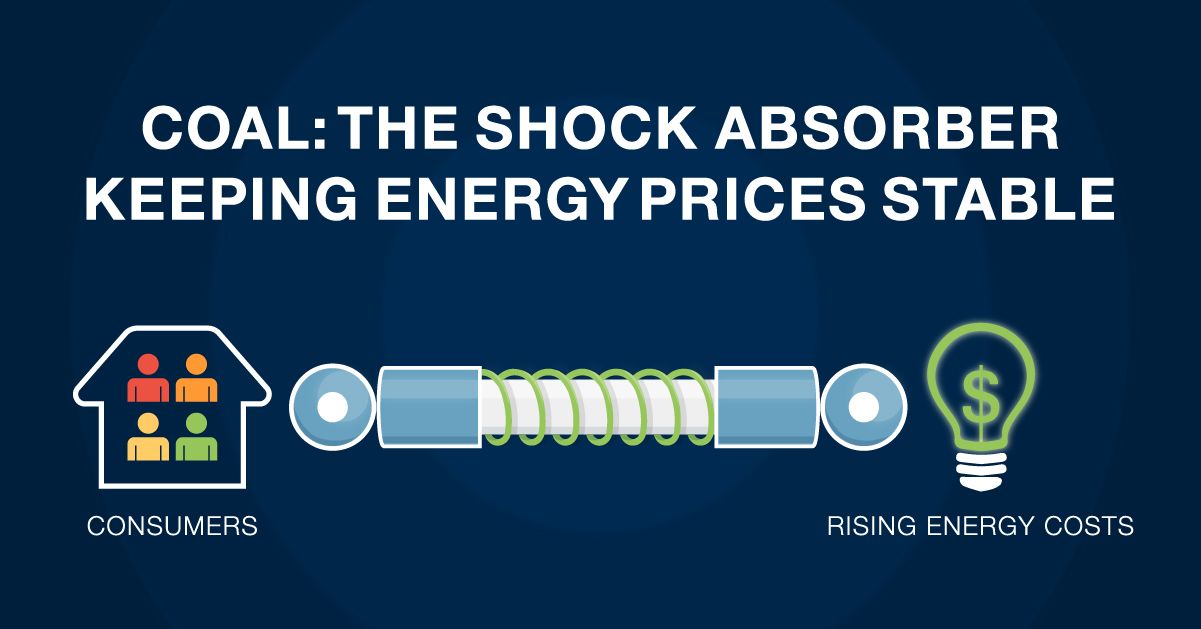 Fuel diversity, among its many benefits, provides options and flexibility—two things U.S. policymakers and regulators will need to navigate the energy transition. A balanced electricity mix has long underpinned the affordability of the grid and it will remain critical to ensuring both affordability and reliability as the nation pursues aggressive decarbonization goals. A balanced electricity mix that recognizes and accounts for the attributes and limitations of every fuel source is the bridge we need for a careful energy transition.

Why is Fuel Diversity Important?

A reliable flow of power to our electricity grid is the irreplaceable foundation of the U.S. economy and of the necessities of our lives, ensuring that the power we rely upon is there when we need it. When the sun doesn’t shine, or the wind isn’t blowing, or if natural gas supplies are committed to home heating, instead of power generation, fuel diversity allows operators to turn to other sources of power to fill gaps and maintain grid reliability. That same optionality supports affordability. Should the price of one fuel spike, or should bad weather compromise the supply of one power source, another lower cost option can be substituted, holding down energy prices for consumers.

Coal is a vital part of a diverse energy mix because it offers security, reliability and affordability and has proven to be particularly valuable during difficult operating conditions, like peak power demand during high summer or bitter cold during deep freezes. For example, this February when brutal cold engulfed much of the country, coal generation rose to the occasion in many states, ramping up power production when other fuel sources couldn’t. With wind turbines frozen and natural gas supplies stretched too thin, coal power picked up the slack to keep the lights on and homes warm. Oklahoma Governor Kevin Stitt described the situation in February, “wind is normally about 40 percent and it dropped to 10 percent. Coal in Oklahoma is normally 10 percent and it went to 40 percent. I’ve talked to several other Governors that coal was really bailing us out.”

Coal is proving just as important this summer with the heatwaves that are battering much of the country. High natural gas prices and soaring electricity demand have seen coal generation pick up increased market share across many states, helping hold down electricity prices as a price shock absorber and keep ACs running. According to Argus, in June, coal generation on the PJM grid, the nation’s largest, hit a three-year high. Coal demand on the Midcontinent Independent System Operator (MISO) grid also rose 37% in June and 42% in the Southwest Power Pool (SPP). National consumption of coal is expected to rebound 16% this year.

Coal is unique in that it doesn’t rely on just-in-time fuel delivery like solar, wind or natural gas generation that count on the cooperation of the weather or a constant supply of natural gas. The pandemic exposed the perils of systems that require flawless supply chain delivery at every stage. Coal plants store weeks or even months worth of fuel on-site, providing fuel security that other sources of energy don’t have. While nuclear power plants also keep months of fuel on site, they run full-out all the time. Coal plants, on the other hand, typically run below full capacity, meaning they can ramp up generation when needed and maintain a reliable supply of power during particularly critical moments. This fuel security is not only welcome as a hedge against uncooperative weather but also against new cyber threats that are increasingly targeting the nation’s pipeline system and natural gas delivery.

Whether during scorching summer heat or bitter cold, coal is invaluable to ensuring affordability and reliability. Yet, coal generation isn’t being properly valued for the insurance it’s providing grids across the country. It’s past time policymakers and regulators better recognize the essential role coal generation is playing in underpinning U.S. power delivery. The balance and fuel security provided by the existing coal fleet is exactly what Americans need during economic recovery and as the rock-solid bridge to the grid of tomorrow.