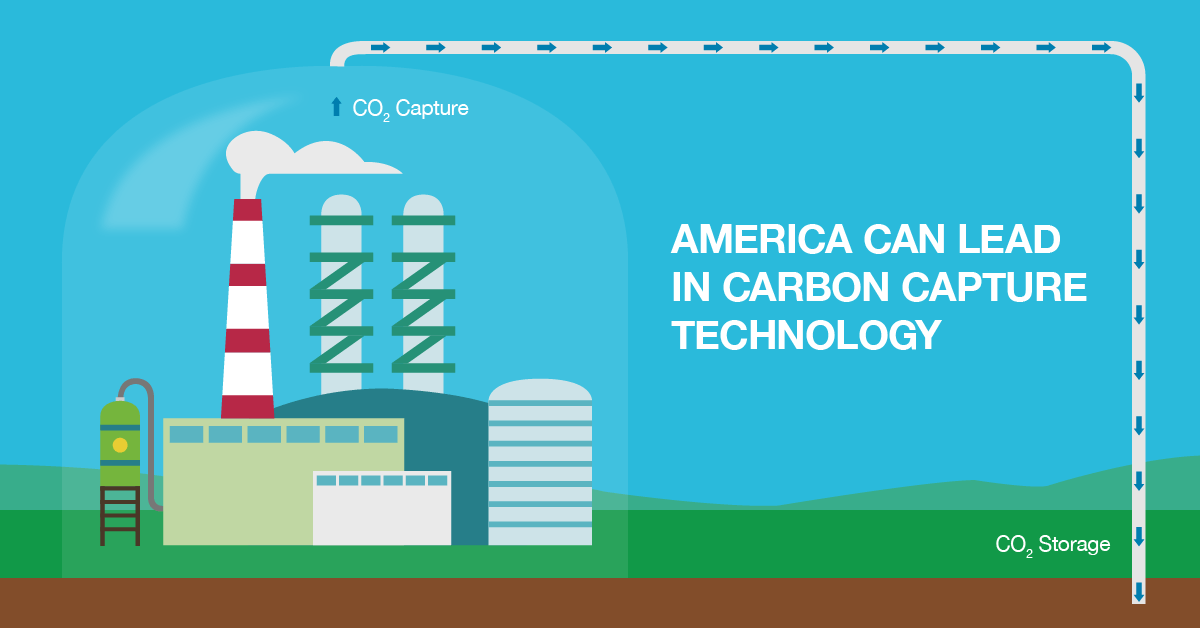 2020 was a year of paradox. Even as our immediate world shrunk to family bubbles, we were reminded of the interconnectedness and vastness of humanity. We watched the world struggle with the same pandemic and challenges that we were facing. This global perspective is an immensely important one as we consider the future of energy and the global challenge of reducing emissions.

While we can get caught up in the rhetoric about our domestic energy story, a far more important one is unfolding around the world. Let’s look at the facts of an ever-changing global energy landscape.

In fact, last year, then presidential election candidate Biden articulated a need for focus on carbon capture, with the goal of making “CCUS a widely available, cost-effective, and rapidly scalable solution to reduce carbon emissions.”

Based on the facts, now is the time to invest in, advance and deploy carbon capture technologies.

Why is Carbon Removal Technology Important?

By 2050, global energy consumption is expected to jump 50 percent compared to current consumption. Driven by electrification, global electricity demand will grow even faster. It’s with this perspective, we must think about global efforts to reduce emissions. We remain firmly in an era of energy addition, where globally renewable energy is often meeting new demand on top of traditional fuels, not in place of them. To reach global emissions-reduction targets, the International Energy Agency (IEA) projects that half the technologies needed to make such a leap are not yet commercially viable.

Coal is the world’s leading fuel for electricity generation, meeting 37 percent of global demand. Here in the U.S., coal remains absolutely critical to providing balance on the grid and underpinning affordability and reliability in many states. Both at home and abroad, the answer to effective, replicable and affordable emissions reduction is technology. Particularly, technologies that can work with the fuels we use and the grids we have.

More so than ever, considering the economic struggles that our country – and, indeed, the world – is experiencing, jeopardizing affordability is the last thing consumers need with millions out of work. According to recent polling, a staggering 85 percent of Americans are concerned with rising electricity rates. An examination of the states with higher percentages of coal generation and a diverse mix of fuels shows that these states that are home to balanced power mixes anchored by coal generation have some of the lowest electricity costs.

These technologies are not science fiction. The U.S. began working with carbon capture technology in the early 1970s. Today, there are 19 large-scale CCS facilities in operation and many more under construction worldwide. Carbon capture facilities across the globe capture 40 Mt of CO2, annually.

The U.S. Must Advance and Deploy Carbon Capture Technology

In the two years since Congress passed the Bipartisan Budget Act, which included tax credits for CCUS, there have been more than 20 new CCUS projects announced. These new projects are promising, but they are only a drop in the bucket of what is needed. According to the Global CCS Institute (CSSI), the number of CCUS facilities needs to increase 100-fold, with 2,000 carbon capture facilities up and running by 2040.

To reclaim our role as a global leader in emissions technology, the United States must continue to invest in, advance and deploy CCUS technology so we can meet the rapidly rising energy demands of a growing population, as well as fast-approaching demands for further emissions-reductions. Now is the time to join with President Biden and help to advance globally replicable solutions that focus on emissions control technology for the fuels and infrastructure the world uses and will use well into the future.

carbon capture | infrastructure
Instead of having China supply metals for our military, the U.S. is looking north as part of its strategy. Read mor… twitter.com/i/web/status/1…