In 2009, Congress proclaimed Dec. 6 as National Miners Day to celebrate the historic contributions America's miners have made to our country. It is no exaggeration to say that the coal, iron ore, copper and scores of other minerals and metals mined from Appalachia to the coastal West have provided the... Read More

Statement by Hal Quinn, president and CEO of the National Mining Association, regarding the U.S. Treasury Department's new guidance aimed at ending public financing of overseas coal-fired power plants: "More than a billion people in the world lack electricity and another 1.6 billion have only... Read More

Thousands of energy workers and miners Protest EPA's Power Plant Regulations Washington, DC – Count on Coal today released the following statement after hosting more than 3,000 concerned American energy workers at the US Capitol as part of the Rally for American Energy Jobs. More than 30 members of... Read More

Washington, DC – Count On Coal today announced it will host a Rally for American Energy Jobs on the West Front of the United States Capitol on October 29th, where thousands of American workers from more than a dozen states will gather to hear remarks by elected officials, energy employees and labor leaders. Hal... Read More

October 27, 2013
See More
Here's what you need to know about the @WhiteHouse American Battery Materials Initiative from @NationalMining Senio… twitter.com/i/web/status/1… 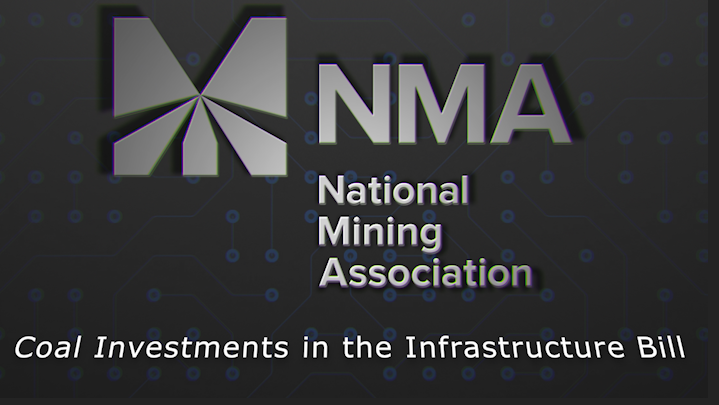 NMA Digs In: Coal Investments in the Infrastructure Bill