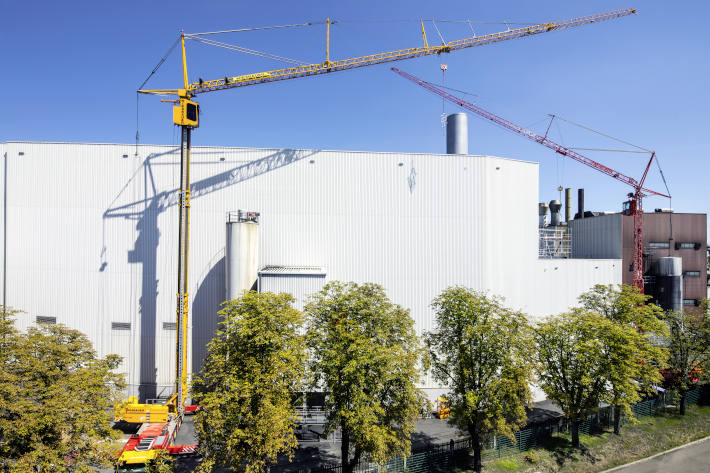 This spring, Liebherr was awarded the ESTA Award of Excellence 2021 for its development of special WindSpeed Load Charts, which offer increased safety and more operating time when operating the crane in windy conditions. Now a large number of new mobile and crawler cranes are more stable for use in stormy weather.

Development of the new cranes began as early as 2000, and since 2020, more recent All Terrain models such as the LTM 1650 8.1 and LTM 1120-4.1 as well as all MK models also feature these charts. One of the major benefits for customers includes enhancing safety and planning reliability, but the new charts also reduce downtimes caused by wind. To ensure that work can continue safely in even higher wind speeds, Liebherr has calculated the load charts for additional maximum wind speeds and programmed them in the crane control system. In addition to being safer in windy conditions, the systems will issue a warning if wind conditions exceed safe parameters. And this enhanced safety and increased crane availability has been very well received. Customers say that the new WindSpeed load charts mean that the crane is no longer the limit for jobs like before. It helps crews continue their work when wind previously brought progress to a halt. Liebherr’s Sales Director Christoph Kleiner accepted this award virtually, saying, “It’s great to be awarded in the Safety category, as this is a win-win situation: Increasing safety while increasing uptime of the cranes.”