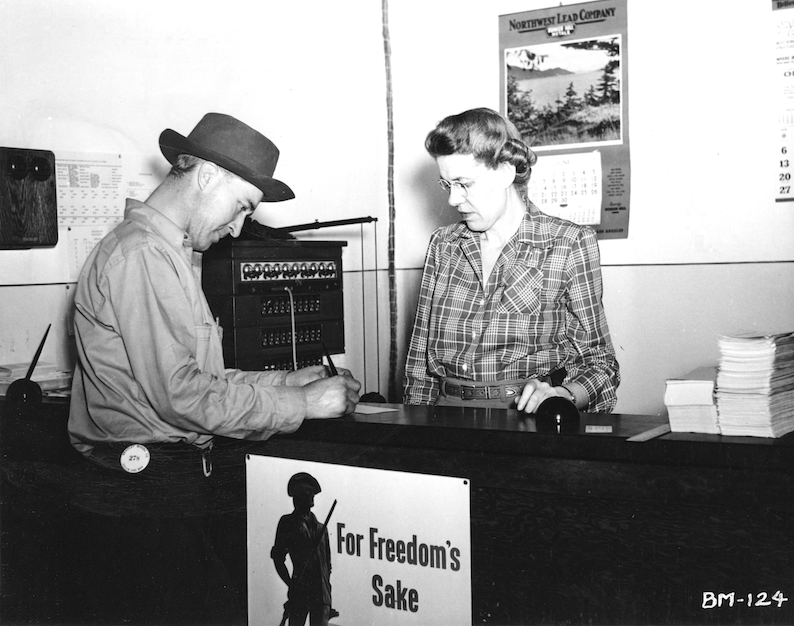 On May 17, 1943, the men and women of the Bradley Mining Company in Stibnite, Idaho received an unexpected telegram. It came from Dwight D. Eisenhower, then the Commander and Chief of the Allied Forces in Africa. Following allied victory in North Africa, General Eisenhower wrote to express his appreciation for the work done on the home front to keep his troops equipped, writing of the victory, “there is glory for us all in the achievement.”

The Bradley Mining Company had played a particularly important role in achieving that glory. The men and women of Bradley were producing the tungsten and antimony used to harden and match German armor and munitions. So important was the discovery of tungsten at the site in 1942 and the following mining effort, the U.S. Munitions Board estimated that it “shortened World War II by at least 1 year and saved the lives of a million American soldiers.”

Today, the reserves of tungsten at the historic Stibnite Mining District are exhausted but there are still significant reserves of antimony in the area. Like tungsten, antimony has a wide variety of defense applications because of its metal strengthening and anti-corrosive properties, as well as its use as a flame retardant.

Midas Gold now has a plan to redevelop the site, mining gold, silver and antimony, employing hundreds and restoring the land to address environmental legacies. The Stibnite Gold Project, if approved, will be the nation’s only antimony mine, helping meet demand for a strategic mineral essential to the nation’s defense.