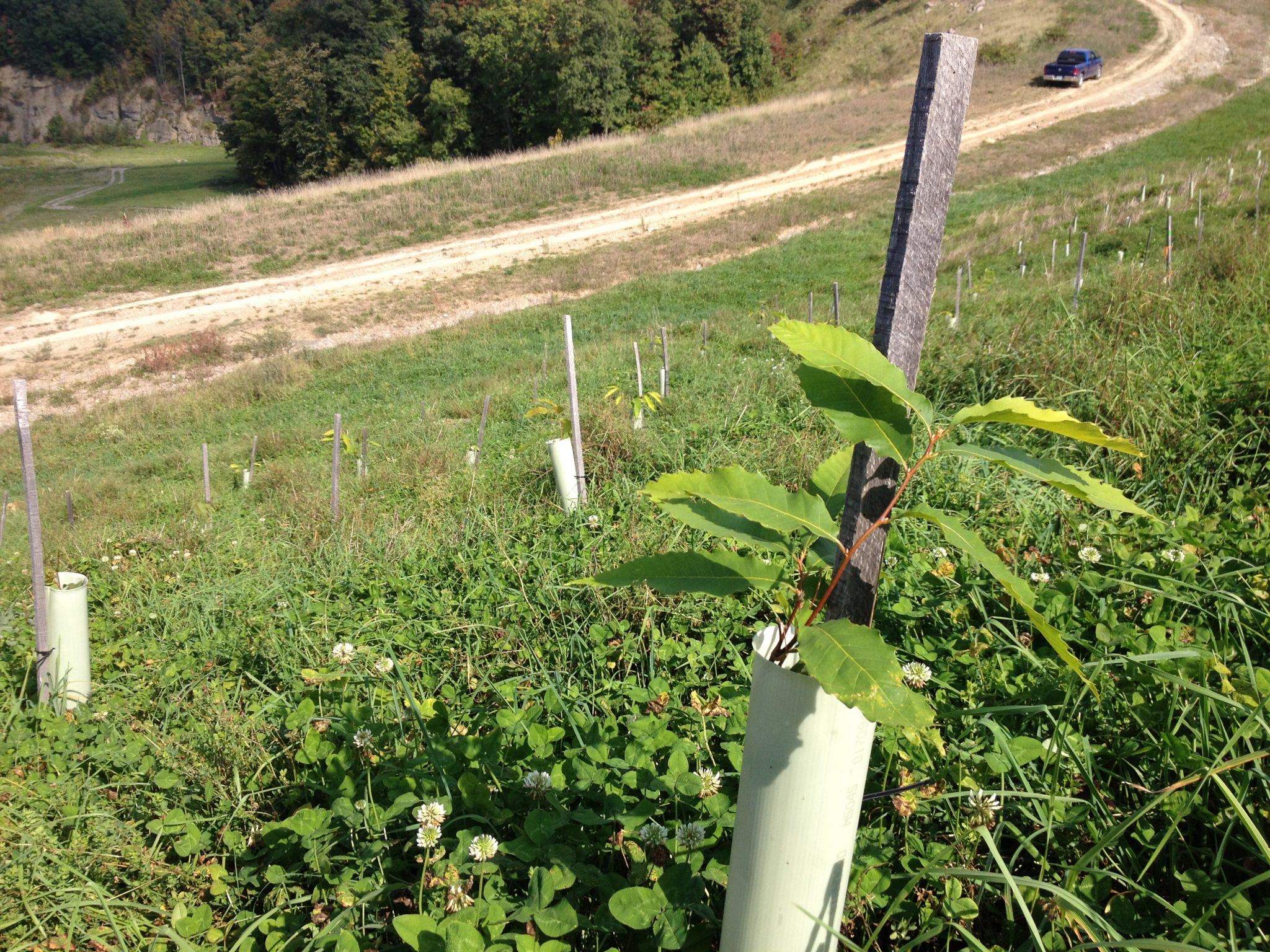 Contura Energy knows that continuous improvement is an important part of reclamation. As a leading U.S. coal supplier, Contura takes its responsibility to land reclamation and sustainability seriously. Seeking innovative methods to restore and enhance mined lands is part of their commitment to the communities Contura calls home.

As part of their work, TACF operates a research farm in Meadowview, Va., located roughly twenty miles from Contura’s corporate headquarters in Bristol, Tenn. At this site TACF has been crossbreeding the few remaining American chestnut trees with a blight- resistant Chinese chestnut to develop a strain of American chestnuts that is resistant to the blight.

Contura’s reclaimed surface mine sites are ideal locations for the seedlings that have been cross-bred with blight resistant species. The TACF currently monitors hybrid chestnuts planted during reclamation on Contura’s National Reclamation Award Winning Red Onion Surface Mine.

Over the past 20 years, a new development in surface mine reclamation has helped native trees and shrubs prosper. This reclamation technique is known as the Forestry Reclamation Approach (FRA).

The FRA has helped the American chestnut and other hardwood species grow and prosper on reclaimed mine sites. Because of these and other reclamation techniques employed, Contura’s operating subsidiaries have won multiple awards from the Appalachian Regional Reforestation Initiative (ARRI) for their exceptional use of the FRA.