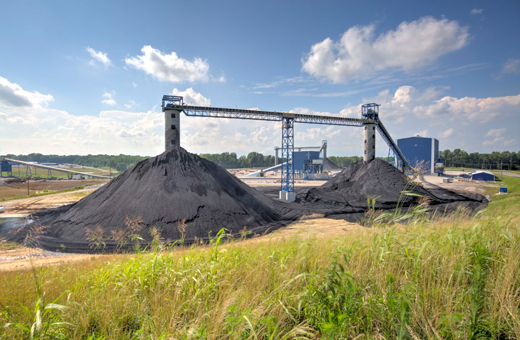 America’s coal industry is doing its part to increase U.S. competitiveness abroad while producing jobs and economic benefits at home. Coal is essential to the U.S. economy, providing electricity to households, businesses, manufacturing facilities, transportation and communications systems, and services throughout our economy, often at prices no other energy source can match.

Although coal’s total contribution to the American economy and way of life is impossible to estimate, coal production has demonstrable benefits. These include the direct employment of nearly 115,000 American men and women and the creation of 3.6 jobs for every job in coal mining, for a total of more than 400,000 indirect jobs.

Coal industry jobs are well paying, with an annual average salary at over $86,000 – 62 percent above the U.S. average wage of $53,000. When U.S. mining thrives, so does American industry.

As the second-largest eastern U.S. coal producer, Alliance Coal is committed to producing a diverse range of steam coals as a reliable and affordable source of energy and fuel for America’s economic growth.

Alliance oversees operations in eight underground mining complexes in five states – Illinois, Indiana, Kentucky, Maryland and West Virginia and a coal-loading terminal on the Ohio River in Mt. Vernon, Indiana. The coal largely goes to domestic utility customers that use it to produce electricity.

The U.S. Energy Information Administration (EIA) is projecting coal demand to be roughly stable through 2050, providing a solid backdrop for Alliance’s future and the future of America’s economy.