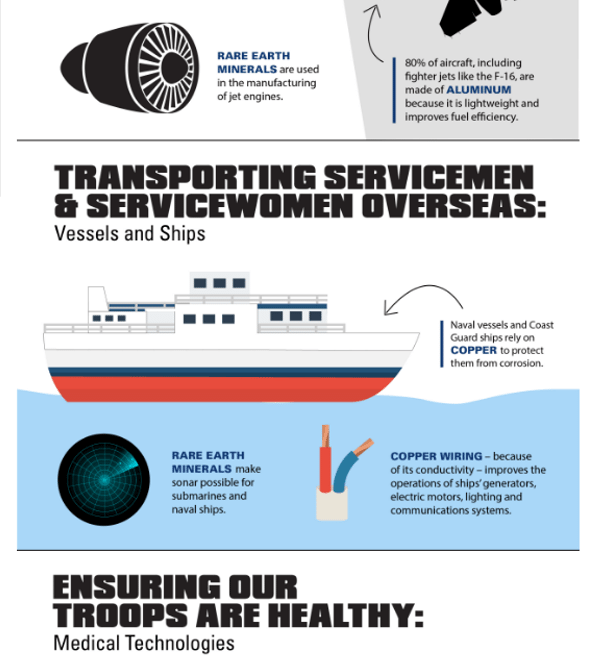 Prosthetics for veterans have improved substantially thanks to minerals found right here in the U.S. The creation of lightweight prosthetic limbs that function more efficiently, and innovations in robotic technology that enable brain signals to control prosthetic devices, would not be possible without materials such as molybdenum, copper, iron ore, chromium and nickel.

There has been a wealth of advances in devices built for arms, hands, wrists, shoulders and fingers, but the ability to control those prosthetics intuitively still largely eludes developers. That’s why the Defense Advanced Research Projects Agency (DARPA) is currently funding a program to figure out how to make prosthetics more intuitive for our veterans. Hand Proprioception and Touch Interfaces seek to take control systems and implant them in the user, attaching electrodes—composed of molybdenum-processed steel alloys—to residual nerves. The patient would theoretically be able to control those prosthetic devices while also receiving input from the environment around them.

Red Conger, president of Freeport-McMoRan—Americas, recently said, “I am excited about advancements in technology, science and medicine that combine to benefit mankind, and how consistent production of low-cost copper and molybdenum in the U.S. has contributed to these advancements.”

The unique and versatile properties of minerals play a crucial role in many medical and technology advancements that will benefit our troops for years to come. Freeport-McMoRan is a key partner in supplying the minerals and metals that serve the brave men and women who serve.