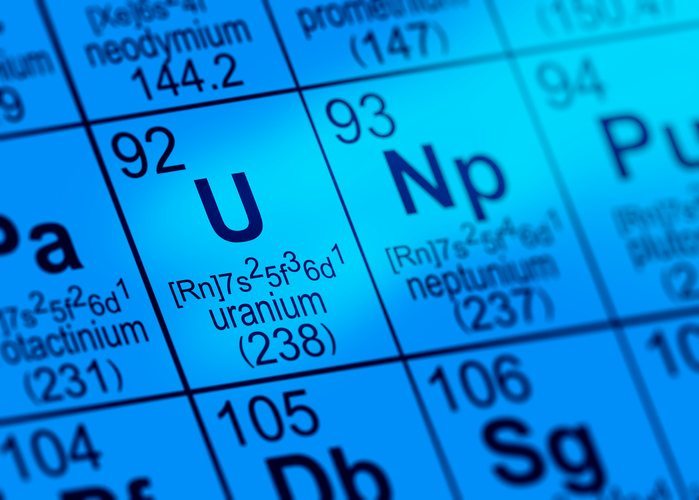 Uranium is a naturally radioactive chemical element that is essential for our energy sector, and it is found naturally occurring around the world. Uranium, commonly found in the form of uranium dioxide, is most often used as a source of concentrated energy in the nuclear power industry. When the element is split, it releases an exceptional amount of energy – a process known as fission.

There are 100 operating nuclear power plants in the U.S. that are responsible for generating about 20 percent of our nation’s electricity, and contributes 63 percent of the electricity from emission free generation. What’s more, 12 percent of the world’s electricity is generated from uranium, totaling to more than 2,500 billion kilowatt-hours (kWh) of electricity annually.

This indispensable mineral can be found throughout the western U.S., where there are several producing mines. The U.S. is a top 10 global producer of uranium, providing 2.9 million pounds of the mineral in 2016. Our nation’s abundance of uranium positions the U.S. to meet the energy sector’s needs and be a leader in global energy production.

Companies like Cameco, Energy Fuels, UrEnergy and Uranium One Americas are critical partners in keeping America’s energy mix diverse and powering the nation.