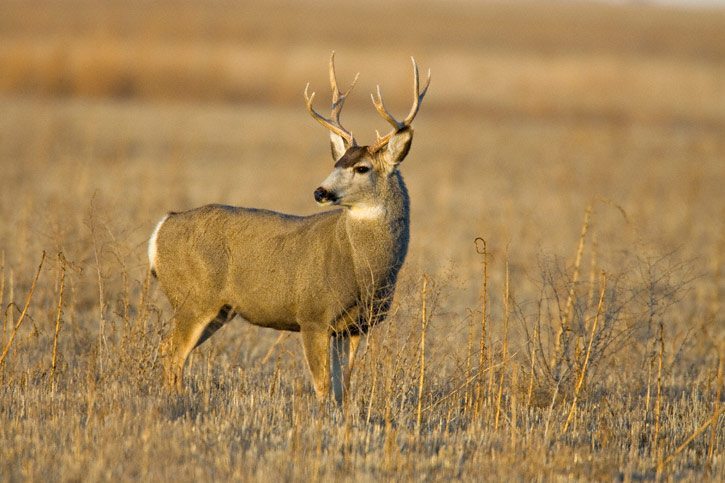 In August 2016, the U.S. Bureau of Land Management (BLM) approved Kinross Gold’s 3,097-acre expansion of its Bald Mountain mine in Nevada. This approval is another example of Kinross’ commitment to environmental stewardship.

Throughout the approval process, Bald Mountain worked closely with the BLM and the Nevada Division of Wildlife to substantially reduce potential impacts to mule deer migration. The mine was able to reduce the footprint of the planned facilities by 56 percent, including re-configuring four pits in the North Operations Area, to have less of an impact on local and migratory mule deer populations.

In total, Bald Mountain reduced the potential expansion footprint by approximately 1,800 acres, and then further reduced it by an additional 2,100 acres than what had been authorized.

“During the permitting process, we were able to satisfy all of BLM’s concerns, took into consideration the public’s concerns that were put forward during the public comment period and made many modifications to our plans to ensure we reduced our impact,” said Randy Burggraff, vice president and general manager of Bald Mountain.

A comprehensive mule deer monitoring plan was developed to recognize if the mule deer migration is indeed being impacted by the potential mine plan expansion, and if there are impacts, a thorough mule deer adaptive management plan has been developed to mitigate them. Two examples include a snow management route, which means compacting snow so it will be easier for mule deer to migrate through the property, and cutting holes in the large dirt piles so mule deer can pass through during their migration.

Kinross Gold’s dedication to implementing processes that will minimize the environmental impact of its Bald Mountain operation demonstrates what it means to be a good neighbor and a thoughtful environmental steward.