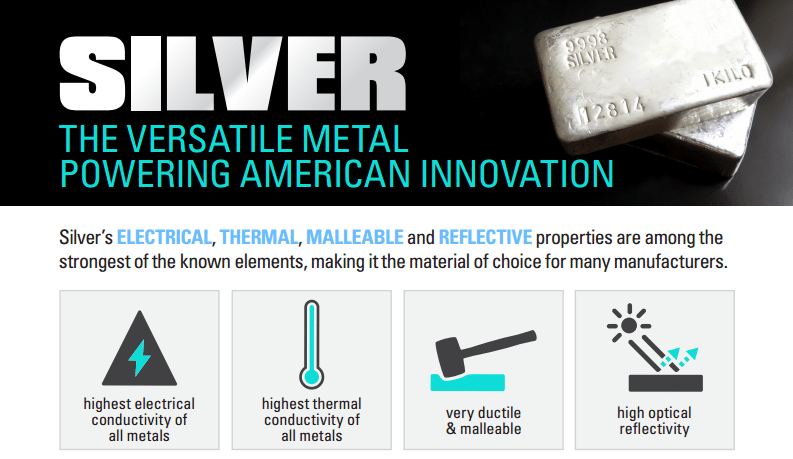 Water is vital to our lives, with clean drinking water an imperative to health in developed and developing countries. Silver is a key player in keeping the global water supply clean and drinkable by preventing the spread of water-borne diseases.

From Alexander the Great in 300 BC to NASA in the 1980’s, silver has been used for hundreds of years to treat water and suppress the growth of harmful microbes. And Hecla Mining Company, the largest primary silver producer in the U.S., is expected to produce 16.25 million ounces of the metal by the close of 2016 – helping to improve water treatment today and in the future.

Silver prevents bacteria and algae from building up in water filters and helps boost a filter’s ability to rid drinking water of bacteria, chlorine, trihalomethanes, lead, particulates and odor. In combining with oxygen, silver acts as a powerful sanitizer that offers an alternative or an addition to other common disinfectant systems. Silver can also be found in millions of water purifiers that are sold each year.

In addition, hospitals, community water systems, pools and spas are beginning to use silver ions in larger scale water purification systems. The shiny metal is also known to eradicates Legionnaires’ Disease, which is caused by bacteria buildup in pipes, connections and water tanks.