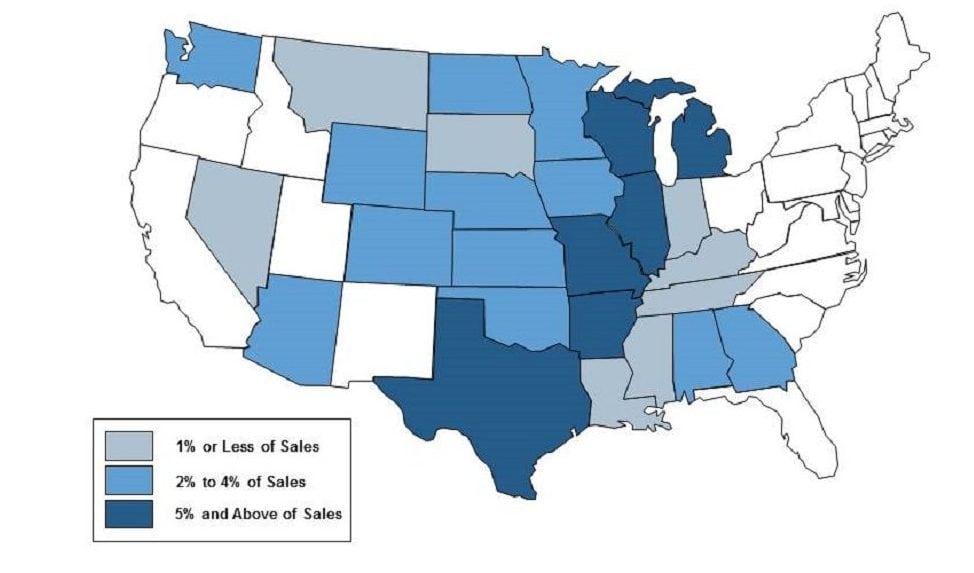 The U.S.’s diverse energy picture ensures that price increases in any one fuel can be offset by another. In fact, Americans save an estimated $93 billion in electricity costs annually through a diverse power grid anchored by coal.

In the U.S., most of Cloud Peak Energy’s domestic customers are electrical utilities, with coal going to over 100 individual power plants located primarily in the Midwest and South Central U.S. They also sell to industrial coal consumers as well as to third party brokers.

A majority of Cloud Peak Energy’s coal is shipped to large and midsized generators who produce electricity for consumers in their respective regions. Due to the unique qualities of coal from the Powder River Basin, including low sulfur and low ash with high BTUs, they also supply coal to a significant number of smaller industrial customers that produce and manufacture products, such as cement, sugar, timber and other commodities.

Find out if Cloud Peak Energy is supporting your state by exploring the map, which shows the destination of coal produced during 2015.